Not all journeys are successful. This doesn’t mean the others which are not successful are failures but sometimes they leave a story behind which you wouldn’t mind telling to people again and again.

So this was back in 2010 December.  My father has always been very spontaneous on travel. It’s a record that he has never booked a hotel room well in advance and his idea  behind this is in India you can always find a place to crash for a night and if you don’t, you always have your car.  It was around New Year holiday when at a prompt, my family decided to celebrate New Year’s eve at some hill station. It was still 31st morning and we all started packing not sure of destination. My dad while packing kept asking me to Google any place within 300 kms from Delhi. After a lot of  yes and no we finally pinned down Lansdowne.  My family had never heard of this place before and they were bit skeptical at first but since it was 250 km from Delhi and bit unexplored they got convinced.  Like a adventurous family we packed everything in our SUV and left for Lansdowne.  Lansdowne is a very small hill station in the state of Uttarakhand in India.  It is a relatively a less touristy place.

It was very unfortunate that in a very less time of our journey we got stuck in traffic for almost 4-5 hours.  For once my parents gave up and suggested to return back home since it was winters and Lansdowne being a hill station is prone to thick fog which could hinder our drive.  But like an obstinate traveler I insisted to carry forward and so we did. As expected by the time we reach the hill slopes the fog blanketed the road and we all were at the edge of our seats. While in ascended towards the destination I observed Lansdowne is located on a very steep hill, so driving here is not easy especially in night. Additionally it is not a very touristy destination back then in 2010, now it has, so the roads were not well maintained and there were no street lights to top it all. We were driving in a secluded rocky terrain, steep slope, thick fog, and adding to the difficulty there was also unfenced deep trench , I don’t know if there was a  water body running below or pointed stones as it was pitch dark. As a family we were happy that we were together that if something happened tonight it would be to all of us. Needless to say it was a high point of anxiety and fear to my mother, she started a series of endless chanting and prayers that we reach safely to the town. This high tensed drama went on for atleast 5 hours. I won’t lie but the thought that why didn’t I stay back at home came to my mind but I did not let it out rather I had put a brave face and was showing how fun this journey is.

But after brave driving by my father we reached to the point when we saw first Motel but the town was still 1 km away.  The Motel was having its New Years Party with all it guest enjoying.  We were  pretty excite seeing people after 5 hours so we halted there for a while and did general inquiry about the place.  There we got to know that the further road to the town is blocked due to a landslide !!! It was such a devastating news to us. After such a hard driven journey, all we got was an unexplored destination. We were still curious so went further to see if we can drive through the landslide but we saw a bus stuck half in the trench which of course freaked my mom and she commanded everyone to not to even think of doing any stunts but to take a room at a Motel we first saw. So we didn’t further proceeded towards the town. Alas!!!.

We were being followed by the bad fate that Motel was full and there was no other Motel in that area so here we were out in the cold without any roof just the car and four of us. We had dinner at the Motel and James Bond decided to leave back to home that very night. After a lot of confrontations we decided to go back to home and it was still midnight. We had to face that scary ride again in one night. But thankfully descending down was not that scary than before. We reached the foothills but the fog was still thick. While my brother and dad were taking turns on driving I was having my goodnight sleep. I would only wake up when I would hear that they lost the way and took the wrong turn and reached to dead ends. I remember my brother also asked a way from a man who guided us in detail but later we realized he was a thief!!! and was trying to steal a car.  In sometime we reached the outskirts of Delhi and watched the sunrise.

This was one failure trip when we couldn’t reach to the destination but this whole journey has left a deep impression in my memories which I think I’ll always pass as strange stories from my travel.  I do plan to go to Lansdowne again sometime but may be sometime in summers so that I can see what was below in the trenches.

I have no pictures from this trip but I still want to put some from Google so that readers can relate and imagine the whole journey I had been though. 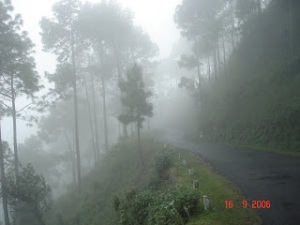 “Once the travel bug bites there is no known antidote, and I know that I shall be happily infected until the end of my life” - Michael Palin

If you have an exciting story of your travel, write me at amittal1245@gmail.com

Other Works by Author: A Little Bit of Everything... 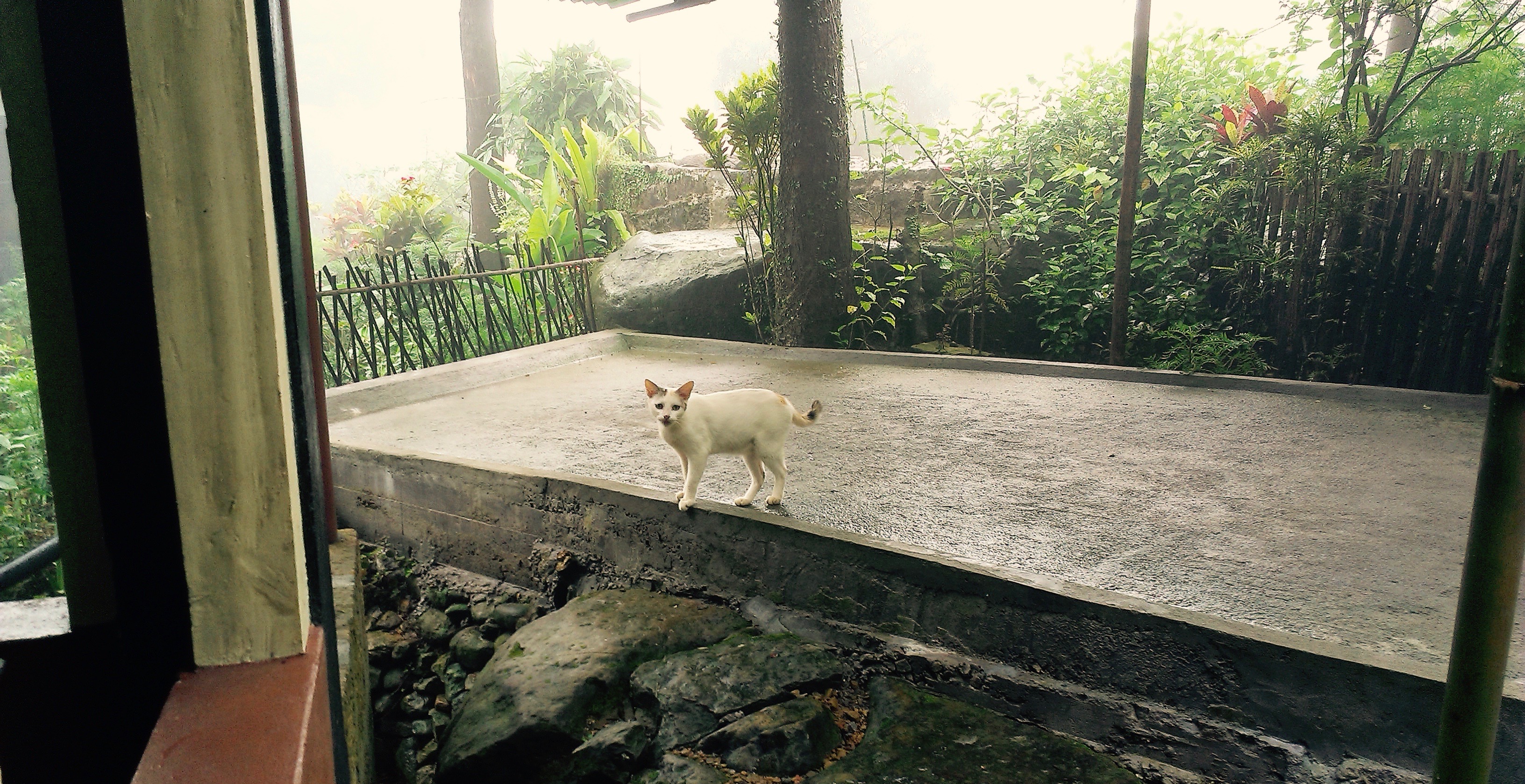 The clock already struck midnight. With the population of only 500, I wasn’t sure if I’ll find a guest house other than this…

It’s been a long, long time. Can’t tell how much I missed blogging. I was taking some time off to give a push to travel writing and starting my very own travel venture (details of which I will be sharing soon!). A lot has happened all this while. Moving my base from New Delhi to Singapore is […]

With smile on a face with no lines, He lies, where sky and earth align, He implies, ‘Enlightenment’ is a state of mind, For their very incognizance, Here he is, A poser, the Reclining Buddha.

How often do you get attached to something inconsequential, something as insignificant as a torn old boarding pass.

I discovered a 2 month old boarding pass to Auckland in my bag and since then it’s been serving me as a bookmark to the current book I am reading – Among the believers – an Islamic Journey by V S Naipaul. I don’t know what joy this boarding pass gives me, I can easily […]

Marriage is a balance between good and not so good things. And I feel it takes quite a lot to maintain this balance. Phew!! I am still learning and hope not to regret from it.

Connect with me on Linkedin

Travels and Stories by A. Mittal is licensed under a Creative Commons Attribution-NonCommercial-NoDerivatives 4.0 International License.
More Readrovers

More travels following on from TheReadRovers.

photos and thoughts for sharing

Get some good food. Cook it. Share with friends. Have a cocktail.

A Kiwi traveller photographing the world

Come for Adventure. Stay for the Ride!

backpack, travel and it's good to be lost

I Think WAY Too Much!

A Journey of Self-Discovery & Adventure

My art is the child of my imagination!

its all about wildlife, conservation, sustainability and most importantly... TRAVEL!